On the evening of Friday, May 20, 2022, the Arts Community of Windsor-Essex gathered together in the Vision Corridor next to Arts Windsor-Essex to celebrate the 2022 recipients of the 5 WEA Arts Leadership Awards, 11 WEA Arts Grants, and 3 Windsor Mayor’s Arts Awards.

Dr. Clara Howitt is a former elementary teacher and principal, who is currently a Superintendent of Education with the Greater Essex County District School Board. Throughout her career she has advocated, supported and championed the Arts in learning.

Through Dr. Howitt’s leadership, the Arts have become a priority and defining feature of the public Board. In 2019, Dr. Howitt and the Board were recognized nationally by the Canadian Network for Arts and Learning as a GOLD STANDARD in their support for the Arts.

Even in these challenging years, Dr. Howitt remained committed to providing enriching arts opportunities for ALL students, in partnership with local arts organizations such as Arts Can Teach, Art Windsor-Essex, WEA, and the WSO.

Dr. Clara Howitt was bestowed this award in recognition and celebration of her outstanding efforts to nourish the learning and lives of students through the Arts. 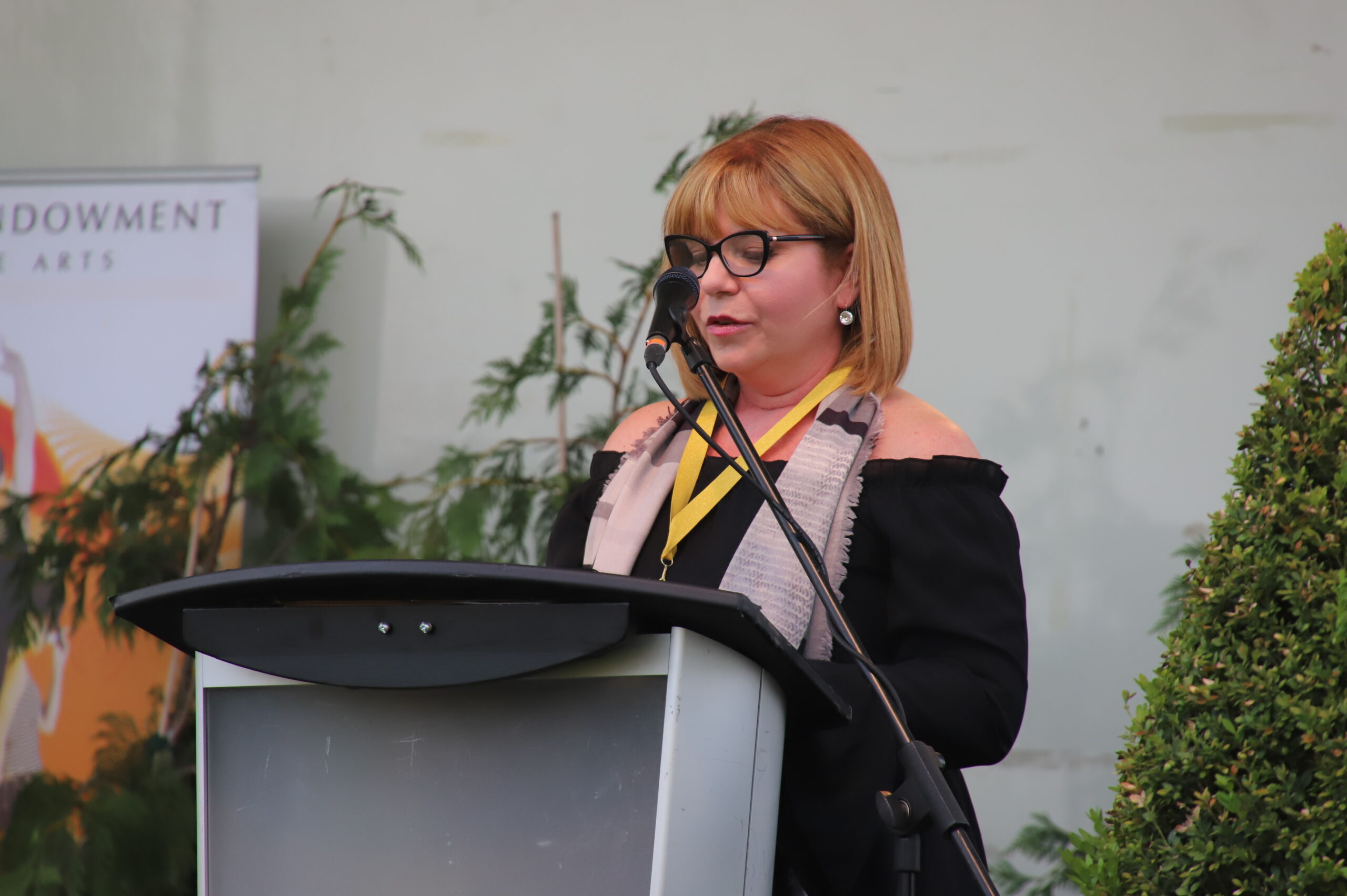 Sarah Jarvis has had a long and diverse career devoted to literature and literacy. She has owned a bookshop in Amherstburg, held management positions at several publishing houses, worked at the Windsor Public Library, started a freelance communications business, taught English at Académie Ste Cécile International School and St. Clair College, and launched the podcast All Write in Sin City with Kim Conklin and Irene Moore Davis.

However, it is as a very dedicated volunteer that Sarah has provided leadership within our local literary community most notably as Author Coordinator and Co-Chair and then Chair of BookFest Windsor. In 2019, Sarah was elected President of Literary Arts Windsor, the umbrella organization responsible for BookFest.

In all of these positions, she has championed English language and literature, and worked tirelessly to elevate writers in the Detroit River Border region. 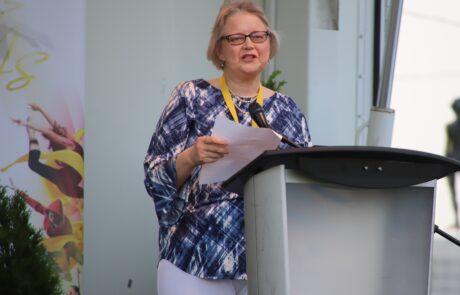 Phog Lounge has been serving as a cultural arts hub in the core of Windsor since 2004. It’s an artistic incubator that hosts live music every night from all genres, along with poetry, visual arts, and other community arts events. EVERYONE is welcome at Phog.

When the doors of Phog Lounge were forced closed in 2020, its owner Tom Lucier and his business partner Ian Phillips of Meteor Lounge created the GRAVY TRAIN initiative that offered live mini-concerts on driveways and porches and provided audience members with poutine and craft beer. Many local musicians toured our region to play up to ten musical sets a day and got paid a flat rate plus generous tips from their thankful audiences.

These outdoor mini-concerts not only provided a lifeline to musicians in our region, but to hundreds of other musicians in Ontario and beyond, where the GRAVY TRAIN concept was replicated over the past two years. 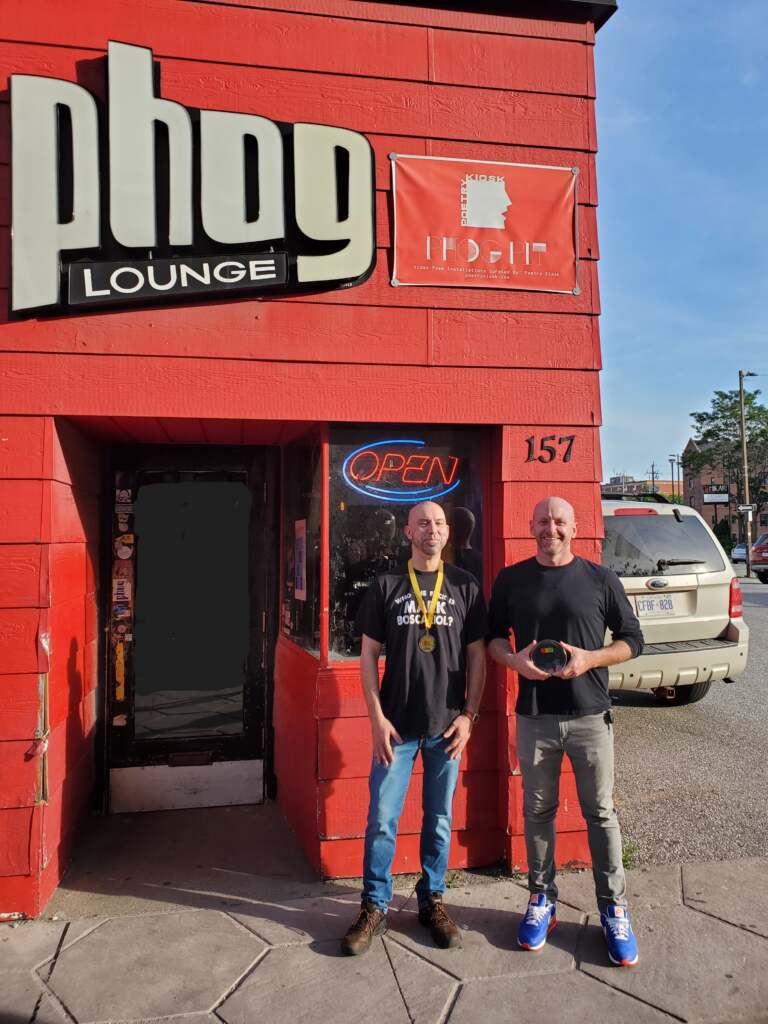 During the last six years, Michael K. Potter has founded Post Productions, The Shadowbox Theatre, The Windsor-Essex Playwriting Contest, The Theatre Skills Education Program, the PostScripts Newsletter, and The Edele Winnie Women’s Monologue Competition. He’s also written several articles for 519 Magazine, highlighting not only his own company’s productions but the Windsor-Essex theatre community.

Michael has spent countless hours researching, networking, and promoting local work with the goal of building a stronger, more collaborative artistic industry in Windsor-Essex. He was instrumental in collaborating with ACWR to organize the first meeting in 2020 of what is now known as the Windsor-Essex Theatre Alliance (WETA). His efforts have resulted in dozens of local performing artists being paid for their work, and what’s more, he’s done all this while battling several health issues. But do you think that stopped him? No. Michael’s resilience is what makes him a well-loved arts leader in our community.

In recognition of his energetic nature, for pushing theatrical boundaries, and by being a major advocate for paying local artists for their talent he was bestowed this award. 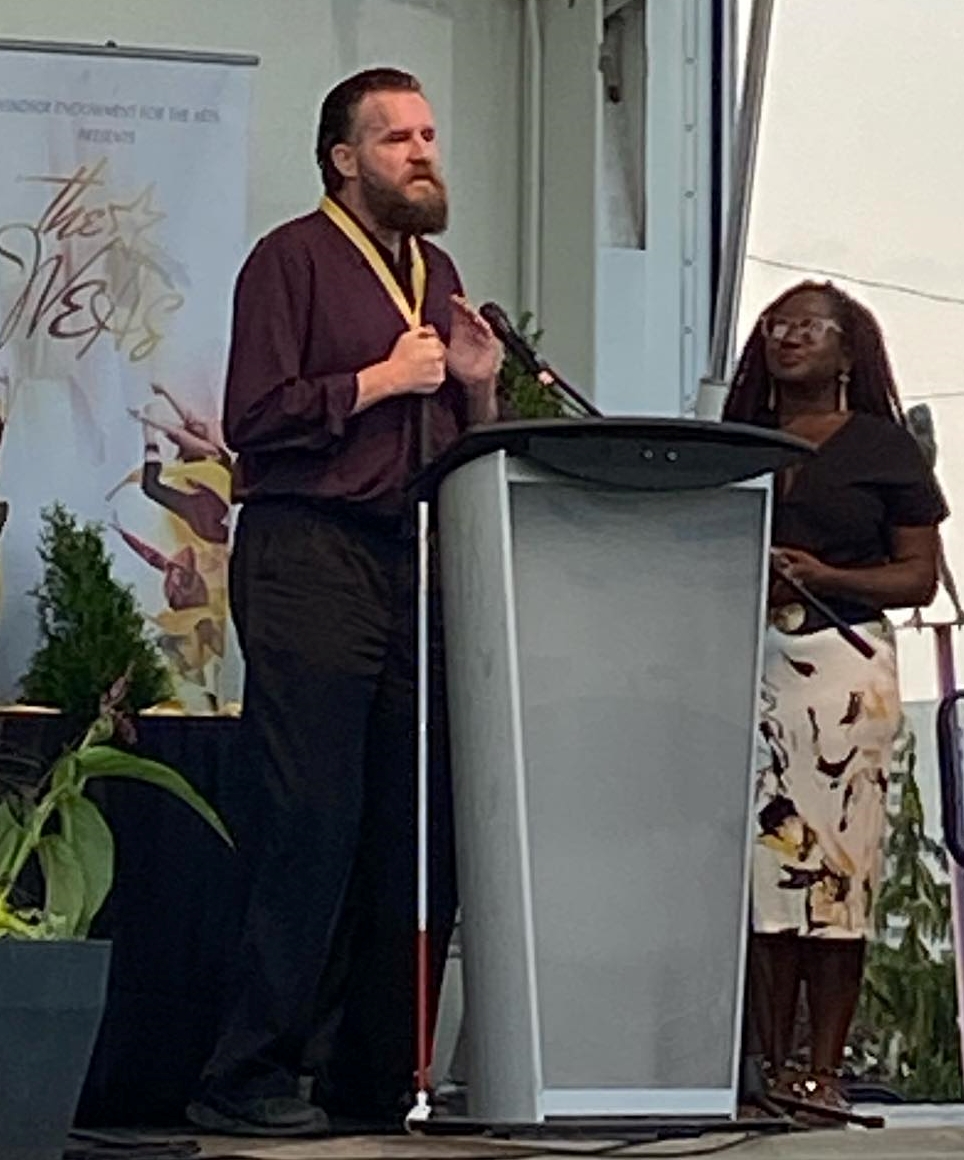 Nominated by Susan Gold Smith and Sigi Torinus. *Susan was the first recipient of the WEA Visual Arts Leadership Award in 2010.

Carl Lavoy is a visual artist from Windsor but he devoted his career to the Thames Art Gallery in Chatham where he served as director, curator, educator, and mentor until his retirement in 2016.

According to Susan, Carl was a proactive curator. He would visit Windsor’s artists’ studios and exhibition spaces. He produced decades of exhibitions and supported artists beyond the exhibitions, with catalogues, travelling exhibitions, artist’s workshops, performances, residencies, and speaking engagements. He would support artistic development by creating public recognition and making connections for the work in and outside the region.

She says that while taking on the work of emerging talent, Carl continued to follow the work of mid-career and senior artists. He has given opportunities to her colleagues, writers, curators, and students and has been an inspiration to her career and the careers of others in Windsor. 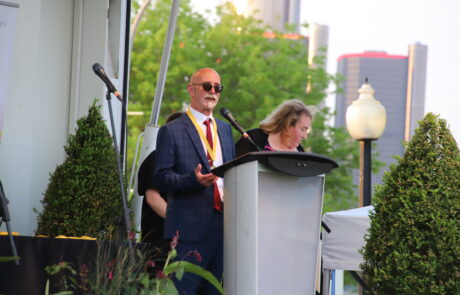